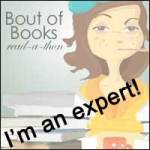 We’re nearly half way through Bout of Books 18, what is this madness? Not sure I am OK with how fast these readathons fly by if I am being honest with you. Not that I can do anything about it mind. I am really starting to enjoy my second book of the readathon Crooked Kingdom, and I am really hoping for a slightly less crazy day. My head felt all over the place many times yesterday!! END_OF_DOCUMENT_TOKEN_TO_BE_REPLACED

2016 has been a mixed year overall really. I’ve really settled into a job I enjoy, and have got into a routine of making my way to work, maximising my day there, and making it home with minimal effort and wasted time. I’ve moved out into my own place, and I have welcomed the lovely Emma to Liverpool and our house, and I have travelled to some great new places. While 2016 has seen some global nightmares, questionable political decisions, and too many celebrity deaths to entertain, it has been a fairly solid year for me personally. I hope to continue this into 2017, and to help me a long I have made some resolutions to enter the New Year with. END_OF_DOCUMENT_TOKEN_TO_BE_REPLACED

OK, so many of you (I say many…you know what I mean) may be feeling a sense of dejá vu right now. Yes, I have just posted a blog post with an identical title, all about books. But this year was a bad year of reading for me, so I also decided to do a TV shows and films one on a separate page.

For the (actual) final time this year, the lovely folks at Broke and Bookish team together to produce a book related topic each week, and you simply list the top ten of that topic.  For all you lovely people who don’t know what Top Ten Tuesday is, or don’t know how to get involved. click here. If you’re a regular participant, or a newbie, you should also check out Bout of Books for a fun-filled New Year readathon!

END_OF_DOCUMENT_TOKEN_TO_BE_REPLACED 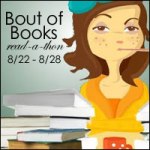 It is that wonderful time of year again where I remember how much I enjoy simultaneously reading and blogging and throw myself into the delightfully low-key and friendly Bout of Books readathon. For more information, please check out the ladies’ lovely Blog, where you can also sign up for all the fun too! END_OF_DOCUMENT_TOKEN_TO_BE_REPLACED

First off, I would like to clarify my post title here. I could most definitely be Olympic Champion One Day if any of the following disciplines were made into olympic sports:  ”Watching the most hours of a single TV series in the shortest amount of time” or ”Excessively marathoning TV and film” or ”Spending too much time in front of the TV whilst also blogging and tweeting on the laptop” or ”Staying up way later than I planned because I only have 2 episodes of the season left”. Seriously, I am an expert at all of the above.

I would say that my special skills started to manifest themselves at school, most notably when the second season of The OC started to air in the UK and I hadn’t seen the first season yet, and to make sure I saw it all in time, I borrowed my friend’s DVD box-set, and watched all 24 episodes of season 1 in a week. Yes, it definitely went downhill from there. At the time, I was not aware that this would develop and evolve into what can only be described as a ”super-power”. I hesitate to use that word, but I think it probably qualifies as one at the moment.

During my gap year, and my less than enjoyable first year at University, I honed this skill into an art-form more closely representing my marathoning capabilities today. My ex-boyfriend and I probably spent more time than we should have locked away watching films and TV shows, a trend I continued throughout University. By the end of first year, I think I peaked, I mean, I marathoned the first season of Prison Break in about 36 hours. Ridiculous: yes. Tiring: Yes. Worth: Absolutely. From this point onwards I realised I should utilise this to watch as much as I can, even if it means watching  back to back extended edition of Lord of the Rings with my housemates whilst planning tactical naps and snack breaks, or annoying them with my latest crush, almost entirely dependant on whether the lead character in the new TV show I have started watching is attractive/funny/clever/a spy/a criminal/all of the above (*cough*Neal Caffrey*cough*Derek Morgan*cough*)

END_OF_DOCUMENT_TOKEN_TO_BE_REPLACED

Do you hear the people sing?Sep 27, 2019
Viney Prospects Reunion